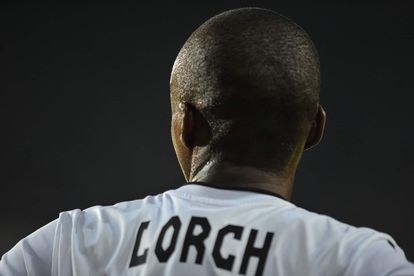 Orlando Pirates attacker Thembinkosi Lorch will not play any competitive game for the club this year, and this was confirmed by Fadlu Davids.

Speaking to the media following Pirates’ 1-0 win over Swallows FC on Saturday, Davids revealed that Lorch is nursing a long-term injury.

And while he couldn’t confirm the injury Lorch is suffering from, Davids said the Pirates fans won’t see the attacker this year.

“We won’t see him again this year. He’s out with a long-term injury,” Davids told reporters.

Lorch had been in and out of the Pirates team in recent seasons due to injuries, and the latest injury will undoubtedly come as a major setback.

Just last season, Lorch missed over 15 competitive games for Pirates, and he returned towards the end of the campaign.

Lorch featured in the Carling Black Label Cup against Kaizer Chiefs in August, and that’s all he could offer Pirates so far this season.

Super Saturday: EVERY Test scheduled for this weekend!

New NHI to be introduced in stages says Minister Phaahla