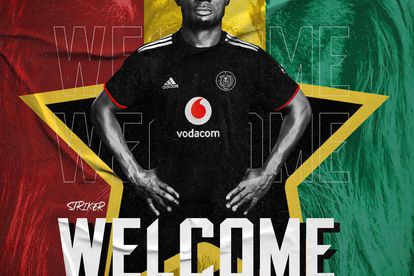 New Orlando Pirates striker Kwame Peprah has revealed that he had many offers before he eventually decided to join the Sea Robbers.

Peprah joined the Buccaneers from Ghanaian side King Faisal after a number of failed attempts by other clubs from abroad to sign him.

The 20-year-old marksman said his mind and heart were set on joining Pirates, hence it was easy for him to overlook other teams.

“When the Ghanaian Premier League ended, I got many offers but decided to choose Orlando Pirates because it was one of the clubs I wanted to join,” Peprah told the Bucs media team.

Peprah said he chose Pirates because he believes they can help take his career to another level and improve his game.

Furthermore, Peprah, who knows his strengths, feels Pirates are the only team that can make him a better player.

“I have some little qualities that I know I’m going to improve upon that’s why I joined Orlando Pirates,” concluded Peprah.

Peprah has made a single substitute appearance for the Buccaneers since arriving from Faisal over a month ago.

UIF: Here’s you need what to apply for this financial relief benefit