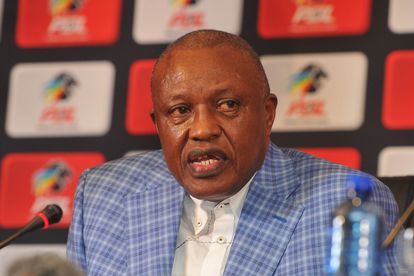 Orlando Pirates are without a head coach just a game into the 2021-22 PSL season, and less than a week before the start of the league games.

And that’s because Josef Zinnbauer tendered his resignation on Monday, bringing to an end an almost two-year working relationship with Pirates.

Zinnbauer arrived at Pirates in December 2019, and leaves the club with a trophy under his belt – the MTN8 he won in 2020.

Now, the big question is who will replace the German mentor at Pirates now that the position has become vacant?

There are a number of coaches who were already been linked with a move to Pirates even when Zinnbauer was still occupying the position.

Here is a gallery of coaches that could be considered the early candidates for the Pirates coaching job:

Just two months ago, Welsh man Cameron Toshack was reported to be on the radar of Pirates as Zinnbauer’s future became the subject of speculation.

Steve Komphela was also reported to be another coach Pirates were eyeing but his R28-million in compensation made it impossible for him to leave Mamelodi Sundowns.

Mandla Ncikazi then arrived from Golden Arrows as an assistant coach, and with Zinnbauer now gone, the 52-year-old mentor could be asked to step in.

Two months ago, Fadlu Davids also raised his hand, declaring himself ready to take over as head coach of Pirates should the opportunity arises.

Lastly, Benni McCarthy cannot be ruled out altogether after his public utterances that he, one day, wants to coach one of the big PSL clubs.