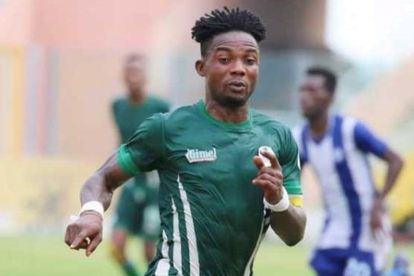 However, according to reports, the Buccaneers will will only officially announce the signing at a later stage.

The star striker was snapped up by Orlando Pirates on a three-year deal after a series of stand-out performances in the Ghana Premier League.

Peprah scored 12 goals in 32 league matches and was naturally in high demand from a number of clubs across the African continent.

Peprah won’t be available for selection immediately as he is currently stuck in Ghana with visa issues, according to Kickoff.

Depending on how quickly he can obtain a travel visa, Peprah could be in South African ‘by the end of the week’.

Having crashed out of the MTN8 tournament at the first hurdle at the hands of Swallows FC, Orlando Pirates drew their opening 2021/22 DStv Premiership clash against Stellenbosch FC 2-2 on Saturday.

They will next be in action against Marumo Gallants on Tuesday, 24 August.

READ | KAIZER CHIEFS BACK IN THE ‘BIG LEAGUE’ WITH FIVE PLAYERS IN BAFANA BAFANA SQUAD!