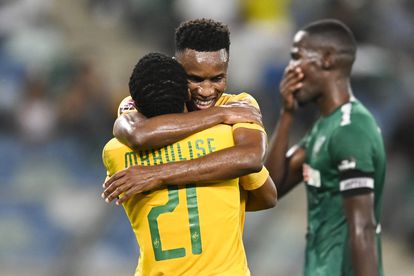 It has been a busy pre-season and Orlando Pirates, Kaizer Chiefs and Mamelodi Sundowns aren’t done just yet.

Nor are several other clubs and here we wrap all the latest rumours, gossip and confirmed transfers.

Stellnbosch FC have signed a pair of promising players including one from Germany.

The players linked with Kaizer Chiefs

There have been plenty of links speculated on during this transfer window with one club leading the way.

As many as ten players available have been linked with a move to Kaizer Chiefs.

Orlando Pirates have rewarded veteran defender Happy Jele a one-year contract extension, meaning he will stay until the end of the 2022-23 season.

Jele was expected to stay at Pirates given his contribution to the club over past 16 years even though he’s in the twilight of his career.

Highly-rated Kaizer Chiefs youngster Mduduzi Shabalala could have been in Belgium right now.

Reports have suggested that Kaizer Chiefs rejected a multi-million Rand deal for the youngster.

“Kaizer Chiefs have promoted Mduduzi Shabalala to the club’s first team but not before turning down a €200 000 (=R3.4 million) offer for his services,” Soccer Laduma reported in their latest edition.

“However, their offer did not quite meet Chiefs’ evaluation of the young star which resulted in the Naturena-based side turning down their advances for the player.“

Kaizer Chiefs and Cape Town City are in a race to secure the services of a Mamelodi Sundowns star, who has announced that he is ready to leave The Brazilians.

The Masandawana camp is understood to be negotiating a deal for the player.

The Sea Robbers have reportedly made a sixth signing ahead of the new season.

The former Ajax Cape Town fullback is yet to be announced by the club.

Marumo Gallants get in on the action

Marumo Gallants have unveiled their new coach and three new signings ahead of the 2022/23 DStv Premiership season.

The club introduced the players at their media launch on Wednesday, where new head coach Romain Folz and chairperson Abram Sello were in attendance.

Orlando Pirates have confirmed the departure of four players on loan for the duration of the 2022/23 DStv Premiership season.

Included in that number is a young star who appears to have a bright future at Mayfair.