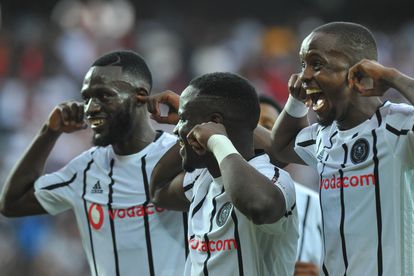 Orlando Pirates and Kaizer Chiefs face off at FNB Stadium as the Soweto derby returns on Saturday.

Kaizer Chiefs have bragging rights at the moment after beating the Bucs in the league and Telkom Knockout, but Pirates look very capable of sinking their ship.

After six straight league wins, the Buccaneers suddenly have an outside chance of title victory themselves. They can go up to second on the table with victory over Amakhosi.

Chiefs appear to be faltering at the top, having lost their last league game to Maritzburg United before going down to Highlands Park on penalties in the Nedbank Cup last 16.

Ernst Middendorp defended George Maluleka and Khama Billiat after they failed to convert their spot-kicks.

“The penalties are always something in the end that [is unpredictable]. In particular, the two players who missed on our side – George and Khama – are normally 100 percent [guaranteed to score],” he said, as quoted by KickOff.

“Every time in training or whenever, regularly, they score. But this is what happens in the end, and it’s not to comment on. It’s a penalty shootout and Highlands Park qualified [for the next round]. As for us, we win together, and we’re not qualified together.”

Regaining momentum will be crucial for Amakhosi as they prepare for the final stretch of an enthralling league season.

Prediction: With six league wins in a row behind them, Pirates will likely claim another against a faltering outfit. We are backing the Bucs to win 1-0, as they did against Mamelodi Sundowns.

Orlando Pirates are rated as marginal favourites by bookies with a 38% chance of winning. They usually win 38% of games at these odds. Kaizer Chiefs have been given a 36% chance of victory and usually win 42% of fixtures under the circumstances.