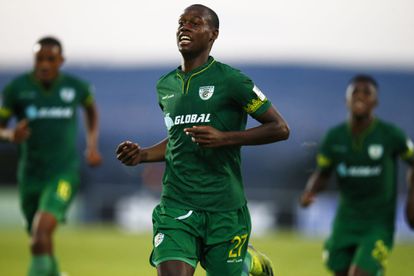 Here we bring you all the latest PSL transfer rumours from the likes of Orlando Pirates, Kaizer Chiefs, Mamelodi Sundowns and more.

The transfer window is officially open and clubs can now begin registering new players for the upcoming domestic season.

Kaizer Chiefs can now once again sign players after their transfer ban lapsed, however new players brought in may not play in the Caf Champions League final.

Orlando Pirates will decide this weekend whether or not goalkeeper King Ndlovu will be offered a contract at the Soweto Giants.

Ndlovu has been training with the Orlando Pirates squad after parting ways with the relegated Black Leopards in April of this year.

“Everything regarding Ndlovu will be clearer before Monday,” a source revealed to KickOff.com.

“He is waiting on Pirates to give him a feedback or something. This week he will hear if they are giving him a contract or signing him, if not, he will be looking for another team.”

Former Kaizer Chiefs star wanted back in the PSL

Marumo Gallants and TS Galaxy expressed their interest in bringing in Hendrick ‘Pule’ Ekstein, and newly-promoted Sekhukhune United have also reportedly joined the race for the former Kaizer Chiefs midfielder.

Ekstein was released by Azerbaijani Premier League side Saibal FK after the club finished bottom of the eight-team league in the 2020/21 season.

A product of the Kaizer Chiefs academy, Ekstein left South Africa for Azerbaijan in 2019, playing one season at Sabah before moving to Sabail for the 2020/21 season.

Ekstein has returned to South Africa following his release and is believed to be actively seeking a club.

Baroka FC are still yet to confirm the departures of Evidence Makgopa and Goodman Mosele, who have reportedly agreed deals to move to Orlando Pirates.

Khurishi Mphahlele has given little away in his dealings with the media, since his protest at his players perpetually being linked to moves elsewhere.

“Okay, as for me I don’t know,” Mphahlele told Kickoff.com when asked about Makgopa and Mosele.

Stellies in for free agent Magubane

Stellenbosch FC are reportedly closing in on a deal for Siphelele Magubane, who was released by Amazulu at the end of last season.

The majority of his appearances for Usuthu last term came off the substitutes with just two starts among his 14 DStv Premiership match involvements.

Magubane has been with Amazulu since January last year, having joined the club from Durban rivals Golden Arrows.

Sekhukhune United are believed to be close to sealing a deal for 31-year-old Zimbabwean striker Evans Rusike.

Rusike was let go from the Tshwane club with his contract expiring this week.

According to Soccer Laduma sources, Babina Noko are likely to sign the forward for the team’s first top-flight season, indicating that a deal has been agreed to in principle between the parties.

According to reports, Pirates might have to pay as much as R28 million to secure the mentor’s services.

Zwane’s agent Jazzman Mahlakgane has confirmed that Kaizer Chiefs have openly expressed their interest in signing the Mamelodi Sundowns star.

He is currently deadlocked in negotiations over a new contract at Mamelodi Sundowns and could surprise everyone with a move to rivals Kaizer Chiefs in the near future. It seems more likely that his agent is using this interest as leverage in contract negotiations.