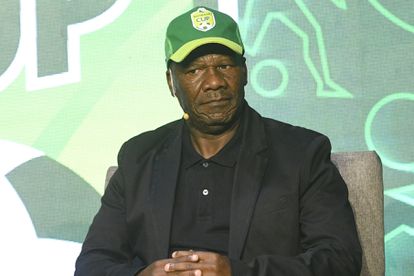 South African soccer legend Jerry Sikhosana has sat down to discuss a variety of topics, including the money he made during his career. Photo: Sydney Mahlangu/BackpagePix

South African soccer legend Jerry Sikhosana has sat down to discuss a variety of topics, including the money he made during his career. Photo: Sydney Mahlangu/BackpagePix

South African soccer legend Jerry Sikhosana recently sat down with Brian Mathe to discuss a variety of topics, including returning to the Orlando Pirates team after going AWOL, winning the 1995 CAF Champions League and even the money he earned throughout his career.

The discussion was part of Nedbank Reality Football, a series of tell-all conversations delving into the lives, defining moments and money choices of some of South Africa’s greatest ever footballers.

Sikhosana opened up about his life as a successful footballer:

“I entered the competition [CAF Champions League] in the quarter-finals because I was not eligible to play [because] I joined Pirates in 1995. I scored in each and every round until the final; I couldn’t score in the final, but I am proud as I contributed to both goals. I assisted Helman Mkhalele in our first goal then I forced a corner that Innocent Mncwango took, and Gavin Lane scored with a header. But as I drove home listening to a radio sports talk show, people were blaming Jerry Sikhosana saying, ‘that guy is greedy, if we lose this cup, he is the one to blame'”.

He went on to say, “That didn’t sit well with me, until Monday when we were supposed to go to training, I just absconded because the anger was there.”

When Mathe asked how he felt when he returned to the team to find that his team*mates were happy to see him, he said: “That changed the whole mentality in me because I thought everybody was going to be angry, but I was more than welcomed.”

“For us, it was more about what we saw on the outside, because everything was painted yellow and black, the colours of ASEC Mimosas. We said to ourselves that if we keep a clean sheet, we can beat these guys, but we were denied the ball every time we wanted to attack. I don’t remember the whole first half.”

Regardless of struggling with possession in the first half, Orlando Pirates went on to win that game and ultimately the cup.

Following his CAF Champions League triumph with Orlando Pirates, he explained the financial rewards of achieving such a great feat.

ALSO READ: Pastor’s advice goes viral: ‘Your wife has a right to your phone and money’

“We did get bonuses, a major achievement, and we got what was due to us. I was lucky because after the win I got a call from the chairman saying we can extend my one-year contract by another year. I took all that money, including the bonuses I had [and consulted] people that were wiser in terms of money and they advised me to save.”

On making better money choices, Sikhosana expressed that taking advice about how to look after money is key.

“The advice was that I should always invest my money so that I have something after football. Firstly, start with your home – and I didn’t even think twice, I just put all that money in the project. The house cost R110 000 to start from scratch; it was a lot of money back then and I was proud to put it in that [house] contract. Lucky enough I got to Bafana Bafana [for 1996) and there were incentives, so I had to change the plan and get a bigger house. [With the incentives] I could manage the household and look after everyone [in my family].”

Expanding on the support he got from his family he said, “When I signed my first professional contract, I was always travelling, and I was still at school [at the time]. It was hectic, but my parents were supportive. Most of the earnings I spent on my family. I had to get one [a bank account] as we were paid in envelopes and I had R45 000 under the pillow, which I then put in a safe and later took to the bank.”

Catch Jerry Sikhosana’s tell-all Nedbank Reality Football interview at moneyedge.co.za and don’t miss out on previous and upcoming episodes with the greatest of local football, including Doctor Khumalo, Siphiwe Tshabalala, Teko Modise and others.