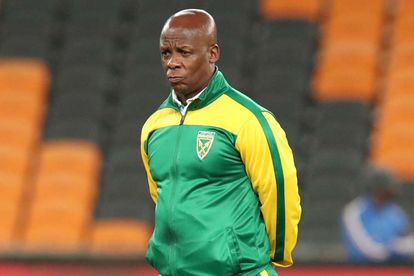 Former Golden Arrows mentor Mandla Ncikazi has confirmed that he will serve as an assistant coach at Orlando Pirates after joining the Soweto club last month.

Former Golden Arrows mentor Mandla Ncikazi has confirmed that he will serve as an assistant coach at Orlando Pirates after joining the Soweto club last month.

Orlando Pirates legend Benedict Vilakazi is uncertain whether Mandla Ncikazi is the right man to be handed the reigns at the Buccaneers following Josef Zinnbauer’s departure.

The Buccaneers have already had 10 coaches over the past decade and have ultimately struggled to replace the legendary Ruud Krol who won back-to-back trebles at the club.

Mandla Ncikazi recently joined the club as an assistant coach to Josef Zinnbauer following a remarkable campaign out at Golden Arrows however according to the former Orlando Pirates midfielder, the job is simply too big for Ncikazi at the moment.

“My questions is about the timing, the timing for them,” Vilakazi told IdiskiTimes regarding the Orlando Pirates coaching situation.

“Mandla Ncikazi, I’m not too sure. I’m not really sure whether he can carry that team. Orlando Pirates is a big team, there is a history in that team. There are a lot of dynamics that you need to deal with at Pirates. I’m not sure that he is ready now.”

Orlando Pirates begin their 2021/2022 DStv Premiership campaign this weekend when they face Stellenbosch on Saturday afternoon.

The Buccaneers will be competing in the CAF Confederation Cup once again this season which begins. They have been exempted from the first round of qualifiers.