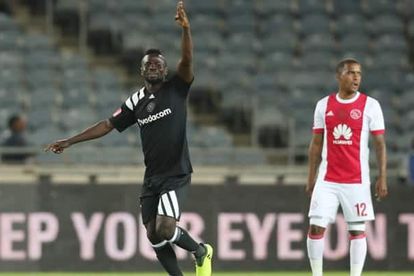 Morrison arrived at Simba ahead of the start of the 2020-21 season from rivals Yanga as one of their marquee signings at the time.

And for the two seasons, the former Bucs midfielder became the club’s fan-favourite as he dazzled the opponents and won the hearts of Simba fans.

His relationship with Simba has now come to an end, paving way for a new chapter which is yet to be disclosed to the public.

Morrison took to social media to announce his departure from Simba, and apologised to those hurt by the decision.

The 29-year-old midfielder leaves Simba with 15 CAF inter-club appearances under his belt – seven in the CAF Confederation Cup and eight in the CAF Champions League.

“The time has come to finally close this chapter. If I’m to say something about my stay with SimbaSC, I will write for the whole day without stopping because I had so much fun and felt the love from the office of the club to the dressing room. As we all know, everything has a beginning and an end, this is mine,” wrote Morrison on his Twitter account.

“I’m sorry to those hurt by my departure. For a single shilling spent on me by this wonderful club will forever be remembered, for all the shouts and love by the fans can’t be forgotten.