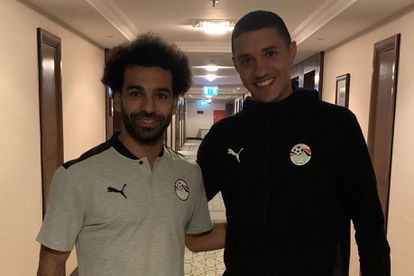 A former Orlando Pirates coach has resurfaced in the GladAfrica Championship where he has been tasked with improving the club’s position.

Michael Loftman is the new head coach of Venda Football Academy (VFA) who are eager to do well next season and possibly gain promotion to the PSL.

In a statement released, VFA said Loftman signed a one-year contract with an option to renew for a further two years.

Loftman, 32, worked as a performance analyst for two seasons at Pirates but left to pursue other dreams – probably equip himself with knowledge to become a head coach.

He is now one of the youngest coaches in the GladAfrica Championship, and he will definitely want to do well for himself with VFA.

POLL | WHO IS KAIZER CHIEFS’ BEST SIGNING TO DATE?

Venda Football Academy, in preparation for the 2022/2023 season, is delighted to announce the appointment of Michael Loftman as the First Team’s new Head Coach, with the option to extend for further 2 years.

Loftman is a young, energetic and ambitious coach who thrives in encountering new challenges and is delighted to join a vibrant and equally ambitious club. The Coach knows and understands the team’s expectations for the new season. He enjoys working with the youth and will find it enriching, blending the energy that young players bring with the experience of matured, seasoned players in the team.

The Head Coach has amassed valuable experience when coaching and being part of the Technical Team for top level teams in Africa and Europe such as Lommel SK (Belgium), Orlando Pirates (SA), Lusaka Dynamos (Zambia), Tottenham Hotspur (UK – Football Development Coach). He has also been a Coach-Analyst with the Egyptian National Team.

Mr Itani Munzhelele, Chairman of VFA said, “In our engagement with Loftman, which led to this appointment, we were impressed by his vision for the team, his enthusiasm and determination to achieve the club’s objective and overall vision.” He concluded by wishing Loftman a successful 2022/2023 season and a long stay with the team.”

“Venda Football Academy project is a very exciting opportunity to develop players and compete with some great teams in the GladAfrica Championship. It is a privilege to be given the opportunity. Thank you to the Chairman of VFA Mr Munzhelele and Mr Ramaite, for showing the faith and support to me to help the club reach its objectives,” said Loftman.

He holds amongst others, the following qualifications: UEFA A, UEFA B Coaching Courses, Sports Science & Coaching Master’s degree (Brunel University).

The team has retained Rowan Hendriks as Head of Youth Development.