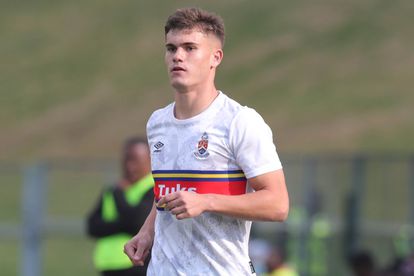 Allan is on the radar of the PSL’s biggest clubs but interest from abroad could see Orlando Pirates lose out.

The young prospect’s agent Mohammed Lawal has confirmed that local and overseas clubs have expressed an interest in Allan.

“We are aware of the interest in Keegan Allan both locally and internationally. We are working hard to see Keegan taking his career to the next level, be it locally or overseas,” said Lawal.

Orlando Pirates have been busy in the transfer window.

Over the weekend they confirmed the arrival of Bienvenu Eva Nga from Chippa United along with Miguel Timm from Marumo Gallants, as well as Nkosinathi Sibisi and Tapelo Xoki from Golden Arrows and AmaZulu respectively.

Orlando Pirates clearly are not done on their recruiting drive and have placed an emphasis on finding promising young players who are first team ready.

ALSO READ: Will Kaizer Chiefs return to glory this season?