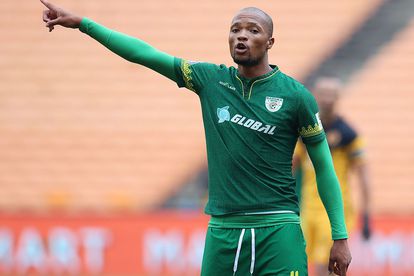 Goodman Mosele says he will use the reported interest from Kaizer Chiefs as motivation to play even better for Baroka FC.

Goodman Mosele says he will use the reported interest from Kaizer Chiefs as motivation to play even better for Baroka FC.

Orlando Pirates have announced the signing of FOUR players ahead of the 2021/2022 campaign.

The Buccaneers confirmed the big news via their social media platforms that four players have signed on the dotted line ahead of the new season.

Goodman Mosele, Monnapule Saleng, Bandile Shandu and Kwanda Mngonyama will all be donning Orlando Pirates colours according to a statement revealed by the club.

“The Mighty Buccaneers have bolstered the squad ahead of the 2021/22 season.” an official club report read.

“Orlando Pirates Football Club is pleased to announce the signing of Goodman Mosele, Monnapule Saleng, Bandile Shandu and Kwanda Mngonyama. Mosele joins the Club from Baroka FC on a four-year deal. The former PSL Young Player of the Season will join the Club upon his return from national duty at the Tokyo Olympics.

The Buccaneers are still expected to complete the signing of another Baroka FC star in the form of Evidence Makgopa however he’s been tipped to return back to Baroka on loan for one more season.

Orlando Pirates began their pre-season preparations today ahead of the 2021/2022 campaign. They face Kaizer Chiefs in the Carling Black Label Cup on 01 August 2021.