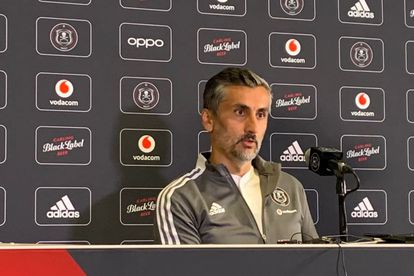 Orlando Pirates’ new coach Jose Riveiro saw something he’s not familiar with when his side played Swallows in their 2022/23 DStv Premiership opener.

The Spanish coach began his Bucs journey with a 1-0 victory over the Birds thanks to a goal from newly signed Bienvenu Eva Nga.

Riveiro says the atmosphere in the stadium was like a “party” and it’s different to what he’s used to in Europe.

“It’s a nice atmosphere, it’s amazing to be a part of this, all the people were singing from the first minute, cheering and supporting, it’s a different way to live the games, if I compare with Europe, it looks more like a party, but it’s good,” Riveiro said in the post-match press conference, as quoted by iDiski Times.

“The people are having fun, pushing in some moments and making noise, the way we want to play football it’s going to be [important] for us, we have to still push and force the people to play the game with us.”

Riveiro understands the importance of having the ’12th man’ behind the team, particularly when playing at home.

“They need to be part of our performance, if we managed to do that we’ll be super strong here at home and that means a lot of points at the end of the season. Like today we have a difficult time in the second half for 10, 15 minutes, where we had some doubts,” he continued.

“I don’t know what it means for the players you know, each of them as individuals but for me, have the people behind, cheering and pushing – it makes sense, it’s logic all the time we spent trying to do things. So we play for them.”

Buccaneers will face Stellenbosch in their second game of the season on Wednesday, 10 August at the Danie Craven Stadium.