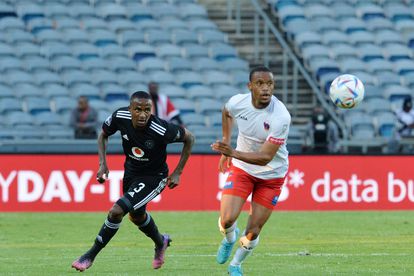 Orlando Pirates returned to DStv Premiership action on Wednesday evening when they hosted Chippa United at the Orlando Stadium.

The match finished in a goalless draw.

But the one point was enough to see the Buccaneers move ahead of Soweto rivals Kaizer Chiefs in the standings.

Meanwhile, Chippa United edged closer to safety with their point from the clash.

We need the fans! – Ncikazi

“I’m really grateful to the supporters who I thought made a huge difference,” co-coach Mandla Ncikazi said as quoted by TimesLive.

“Let me thank the Orlando Pirates supporters. I thought they gave our players the necessary support and we needed that.

“We’re happy. We love their patience and I think they supported the team correctly. There is also a stat that says teams who play at home have got an 80% chance of winning the match.

“If all Orlando Pirates supporters were to come to the stadium I can tell you we would win a lot of matches because Pirates have got so much support that everywhere they go they’ll have supporters.”

Orlando Pirates vs Chippa United: How to LIVE STREAM

Action aat the Orlando stadium gets underway at 17:00. The match will be televised live on SuperSport PSL.

This website will be providing you with live coverage 30 minutes ahead of kickoff between Orlando Pirates and Chippa United.