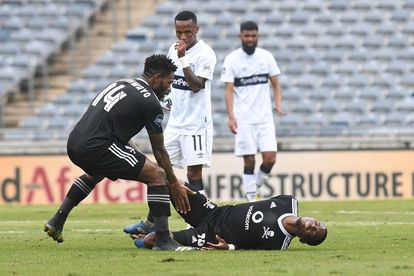 Orlando Pirates welcome Cape Town City to the Orlando Stadium on Tuesday in what will be a dress rehearsal for the Soweto Derby.

The Buccaneers head into the encounter against Eric Tinkler’s side on the back of a convincing 6-2 win over Royal Leopards in the CAF Confederation Cup.

However, with the Soweto Derby against Kaizer Chiefs on the horizon, the Bucs technical team needs to management expectations and excitement from their players.

Often than not, the players’ minds turn to focus on the Soweto Derby and not on the task at hand – and if that’s the case this time, Pirates may find themselves in big trouble with City.

Tinkler’s men have not been in action since their 0-0 draw on 15 February, and the break may have a negative impact on their level of fitness.

HOW TO WATCH ORLANDO PIRATES VS CAPE TOWN CITY

According to the Sea Robbers, this DStv Premiership encounter will be screened LIVE on SuperSport TV PSL channel 202.

The SABC is yet to confirm whether or not the encounter will be available on any of their platforms.

Nonetheless, The South African will have you covered with a live coverage of the match as well as the match report.