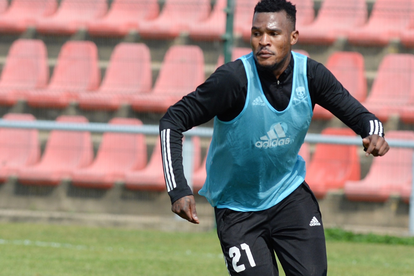 Orlando Pirates haved loaned out four players to seek regular game time elsewhere in the PSL and the GladAfrica Championship.

The Sea Robbers made the announcement on Tuesday.

Additionally, the new exciting reserve team striker Boitumelo Radiopane will play his football at Cape Town Spurs in the lower division, while Bongani Sam is off to Maritzburg United.

All four players will be leaving on loan before returning for the 2023/24 pre-season.

“Orlando Pirates Football Club can confirm that it has reached an agreement with Richards Bay for the services of Nkanyiso Zungu on a season-long loan for the upcoming 2022/23 season.

“Orlandopiratesfc.com can also confirm the departure of strikers Tshegofatso Mabasa and Boitumelo Radiopane who will be joining Sekhukhune United and Cape Town Spurs respectively.

“Meanwhile, Bongani Sam will move to KwaZulu Natal province where he will join Maritzburg United on loan for a season,” the brief concluded.

The 32-year-old star has made the permanent move to fill on for Yusuf Maart who has joined Kaizer Chiefs on a three-year deal that includes a two-year option to renew.