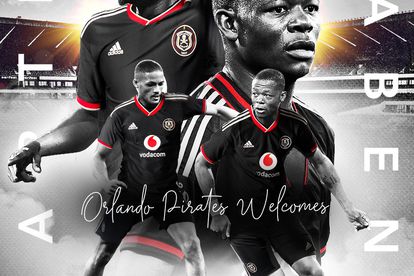 We can all see it. Orlando Pirates are flying away from Kaizer Chiefs while also closing the gap on Mamelodi Sundowns’ supreme squad depth.

The names are Craig Martin from Cape Town City and Ndumiso Mabena on a free deal.

What does this all mean for rivals Chiefs?

PRESSURE ON KAIZER CHIEFS TO RESPOND

The Pirates news simply means one thing for Amakhosi: extremely high expectations and pressure to make at least two new signings, as soon as possible.

The longer the Glamour Boys take to announce new players, the stronger the fan unrest will be on social media and across the streets of Mzansi.

The club’s fanbase know that Pirates’ new signings, in addition to the likes of Kermit Erasmus and Ndabayithethwa Ndlondlo, puts Bucs in a better position to finish higher than Amakhosi.

Chiefs have to respond rather quickly to ease the pressure, including a positive result and bright performance against Golden Arrows in KwaMashu on 30 December.

READ: New trialist at Amakhosi: An ex-Dortmund and West Ham no.9

When are the next DStv Premiership fixtures?