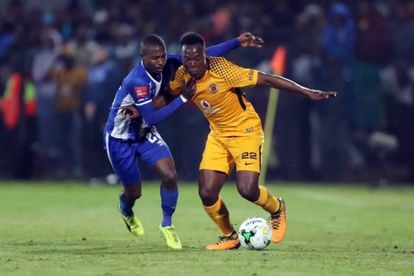 Maritzburg United have officially confirmed the departure of their record holder who had been with the club since December 2012.

Bandile Shandu has paved way for a move to Orlando Pirates whom he has been linked with for a number of weeks now.

Maritzburg United took to their social media platforms on Saturday to announce the end of a relationship that lasted for almost a decade with Shandu.

Shandu is now expected to put pen to paper on a three-year deal with Pirates who are looking to bolster their squad ahead of next season.

The 26-year-old midfielder would be following in the footsteps of Siphesihle Ndlovu, Richard Ofori and Fortune Makaringe who recently joined Pirates from the Team of Choice.

He would be fighting for a position in midfield with players such as Ben Motshwari and Makaringe among others at Pirates.

Shandu is a veteran of 162 competitive PSL matches despite only being 26 years of age, and he has contributed five goals and 12 assists as a midfielder.

He leaves as Maritzburg United’s record holder for most appearances in the top-flight; the record previously held by veteran midfielder Kurt Leintjies.