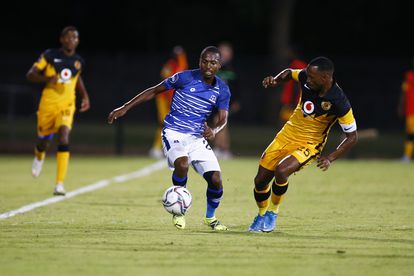 Orlando Pirates have made a new acquisition ahead of the 2021/2022 campaign according to reports but it may come as a shock to many!

In a move that not many expected, the Buccaneers are set to announce the arrival of Maritzburg United utility midfielder Bandile Shandu in the coming days.

Orlando Pirates and Maritzburg United have seen a number of Inter-team transfers over recent years with the likes of Richard Ofori, Fortune Makaringe and Siphesihle Ndlovu forming part of the current Bucs setup.

According to reports, the latest to make the jump to Soweto from KwaZulu-Natal is 26-year-old Bandile Shandu.

“He is an Orlando Pirates player now. It is a done deal and he should meet his new teammates when Pirates reopen for preseason training early next month.” an unnamed source told Phakaathi.

“Maritzburg were surprisingly good this time and were not bitter that he didn’t renew his deal as he opted to look elsewhere when his contract ended.

“He is a product of the club and feels he has served them well over the years and now wants to test himself at a bigger club and Orlando Pirates were the first to call him and he was happy to go there.”

Shandu made over 160 appearances for Maritzburg United scoring five goals and assisting a further 12 after being promoted to their senior team from their youth academy in 2013.

His versatility allows him to play both in the middle of the park as well as in the right wing and wing-back positions. Depending on the match situation, Orlando Pirates will be able to choose which position to play him in given the fact that he’s extremely comfortable in all three positions.