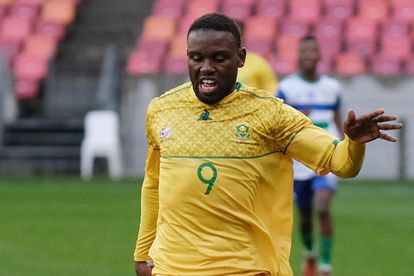 Here we take a look at the latest PSL transfer rumours, football gossip and confirmed moves.

Orlando Pirates have taken a crucial lead over rivals Kaizer Chiefs in the pursuit of this R20 MILLION Bafana Bafana striker!

Pirates and Chiefs have been in hot pursuit of the same man for the better part of the last year.

Find out what his agent has to say.

Is ANOTHER Spanish coach set for top PSL job?

A Spanish coach is reportedly one of a number of applicants for the vacant position at SuperSport United.

The 42-year-old old is currently a free agent having most recently taken charge at Tanzanian side Simba FC.

Kaizer Chiefs are believed to be having some success in their attempts to lure a player back to the PSL.

The Bafana Bafana international is plying his trade in Portugal with Braga.

All three players posed for pictures at the Kaizer Chiefs training ground and were announced on the club’s social media channels.

“The club has not said anything, there is no official statement, So there’s nothing I can say until the club make its pronunciation about any other player,” Xulu told KickOff.

“Swallows has not made any statement so there’s nothing I can say.

“According to my knowledge if you part ways with a player you issue him with a clearance, then you let him go.

“To my knowledge, all the players still belong to Swallows, until Swallows release their statement.

“I’m not saying that’s the case though, but that’s what I know.

“As soon as we reach that stage Swallows will make an announcement saying ‘The following players have been released under different conditions and terms.

“At this stage, the club is not saying anything about that until everything is in place.

“At the moment the club has not released any player under any conditions until such time we make a statement.”