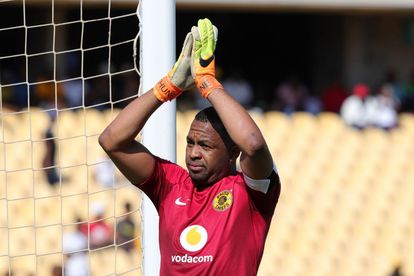 As Kaizer Chiefs assess their squad resources and requirements over the next six months, it shouldn’t be forgotten that iconic keeper Itumeleng Khune will see his current contract coming to an end in the middle of next year.

Back in July 2021, Khune was one of the five Amakhosi players who were offered contract extensions, with the veteran keeper signing a new two-year deal at that time.

Many thought that might be the last contract for Khune, who was even asked that question back then.

“Is this my last contract at the club? That will be up to the club to decide,” Khune responded to such a query in mid-2021. “I’m really grateful for yet another opportunity that I’ve been given by the club, but I don’t know whether it will be my last. It will depend on what I still have to give on the pitch.”

Fast forward to the present, and recently Khune has spoken out about some of the key changes that enabled him to get back to top match fitness, while suddenly reclaiming a regular place in the starting team before recently picking up a niggling injury.

It’s been an incredible turnaround considering that prior to this season Khune had been battling to reclaim his No.1 spot in the Chiefs team, while there was talk from some pundits during the off-season that he should perhaps look at moving to another club to be able to start playing regularly.

However, the 35-year-old has always emphatically stated that he is happy at the club and won’t be looking to leave, while he has recently rediscovered some notable form.

Now, as his his latest contract extension heads towards its end, there is every expectation that Khune will be handed a new deal.

“He can play for as long as his body wants,” former AmaZulu keeper Nick Gindre told KickOff. “The noise about age means nothing for keepers because he could still have the best years of his career in the next three years.”

Besides some injury troubles, Khune has battled with his conditioning over recent seasons, but he has rectified this issue.

“I come to work, I do my job, I go back home and I spend time with my family,” the veteran keeper told iDiski Times. “Like I said, the critical information that was meant to be shared with me, of my results, was kept away, I don’t know the reasons. But if only I had known that I have gained weight, I have gained body fat, I would have surely done something about it, but I don’t know why it was kept away.

“There are certain targets for us to meet in order for us to be able to play for Kaizer Chiefs. So, I’m happy that I was able to meet those targets because my body fat percentage at some point was 16, and before the start of the first game of the season it dropped to 12.

“I told my wife that we need to get it down to eight, so that if it does go up at some point it will be just below 10. So, you must always set yourself higher goals instead of when someone says, give me this, then you limit yourself.”

Khune has no intention to retire any time soon

Earlier this year, Khune explained why he was not willing to consider leaving the club even during a period of limited game-time.

“I will never entertain that I should leave the club. I will never go anywhere. I’m a ‘Khosi for Life’,” the 35-year-old previously said at the DStv Premiership’s 2022-23 preseason launch.

“I’ve been given an opportunity from the development to the senior side. I’ve been given the responsibility of captaining the biggest club on the continent, so I wouldn’t be entertaining ideas that I would like to leave the club in the future.”