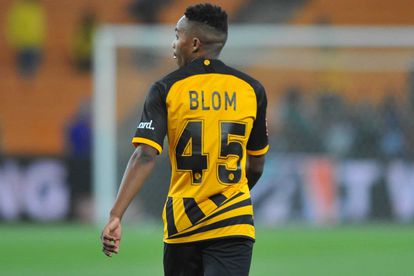 Njabulo Blom and Kaizer Chiefs are at loggerheads over a new contract as the utility star’s current deal approaches its final six months.

Blom, who has been at Chiefs since his promotion to the first team in 2018, still doesn’t know if he has a future at Naturena.

The fact that Blom is still in limbo regarding his future at Chiefs has been blamed on two individuals within the club.

According to a source known to TimesLIVE, Chiefs Sporting Director Kaizer Motaung Jnr and coach Arthur Zwane have been ‘arrogant’ in their discussions regarding Blom’s future.

According to local reports, Blom wants a decent increase to his current salary which rumoured to be around R50 000 per month.

However, at this stage, Chiefs don’t think Blom deserves whatever amount he is asking hence the delay in both parting agreeing terms of the ‘proposed’ deal.

“I can confirm the contract has not been renewed,” said the source.

“The problem is around the head coach and the sporting director (Kaizer Motaung Jr). There was an element of arrogance on their part in handling the matter.”

Asked for a comment on the allegations, Moore said Chiefs are the ones with all the answers regarding Blom’s future.

“I can’t comment. It is best if you ask Chiefs,” Moore told the same publication.