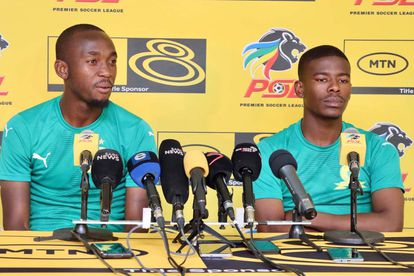 Mamelodi Sundowns midfielder Neo Maema says their aim is to win both legs of their MTN8 semi-final against Orlando Pirates.

The Tswane giants are the defending champions of this competition and want to keep the cup at Chloorkop.

Meanwhile, this was the last trophy that the Buccaneers laid their hands on when they won it in 2020 under coach Josef Zinnbaeur.

To reach this stage, Masandawana beat SuperSport United 2-1 in the quarter-finals while Ezimnyama Ngenkani edged out Royal AM by the same scoreline.

Maema understands the Sea Robbers won’t make it easy for them, but says every game is a must-win at Downs.

MAEMA ON MTN8 SEMI-FINAL AGAINST PIRATES

“This one is going to be a great duel and it’s going to be a difficult match, but at Sundowns we are used to big matches and the one thing that we should always [do is] stick to our goals and to make sure that we defend the cup, because that’s the most important thing,” Maema told the media.

“There’s a culture at Sundowns that we want to win every football match and I don’t think the first-leg or second-leg is in question when it comes to the team performance. We are not getting into the head about the two fixtures, we just want to win both.”

The match will take place at the Orlando Stadium at 15:30.

In the other MTN8 semi-final first-leg this weekend, Kaizer Chiefs will host AmaZulu at FNB Stadium on Sunday at 15:30.