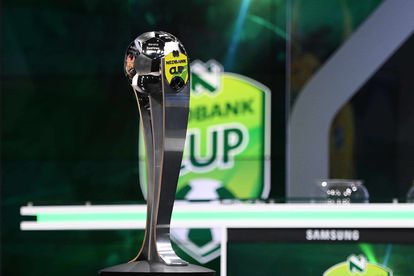 The fixtures for the Nedbank Cup Last 32 round have been confirmed following Thursday’s draw.

There has been a significant change to this season’s tournament after the Premier Soccer League (PSL) confirmed there will be no teams from the ABC Motsepe League and SAFA structures included.

As a result, the Round of 32 will be made up of 16 DStv Premiership teams and the 16 GladAfrica Championship outfits.

The fixtures for the Last 32 will take place in the first week of February, with the PSL set to announce the dates and venues in due course.

But who got the toughest – and easiest – draw?

There were four ‘all DStv Premiership’ ties, with the Cape Town City v Bloemfontein Celtic clash standing out as a tough result to predict.

Elsewhere, Tshakhuma TM will be at home to SuperSport United, while Golden Arrows and AmaZulu lock horns in another mouth-watering KwaZulu-Natal derby.

Finally, Mamelodi Sundowns will have to get past Stellenbosch FC if they are to progress to the Last 16.

The Nedbank Cup has undergone several name changes over the years.

From 1988-2002 the tournament was called the Bob Save Super Bowl before ABSA stepped in as headline sponsors of the ABSA Cup between 2003-2007.

Finally the knockout tournament became known as the Nedbank Cup in 2008 until present day.

Kaizer Chiefs have won the title on 13 occasions with Orlando Pirates next best with eight victories.