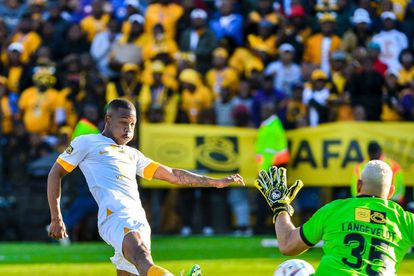 Football fans will be in for a treat with the MTN8 semi-final first-legs taking place this weekend. Tickets for the matches are selling like hot cakes.

The Premier Soccer League (PSL) has confirmed that tickets for this weekend’s fixtures are still available – at the time of publishing.

However, they are selling at a rapid rate with spectators looking to witness the action live.

ALSO READ: JOSE RIVEIRO ON MAMELODI SUNDOWNS CLASH: ‘THE PAST IS GONE’

PIRATES VS DOWNS: OVER 70% ALREADY SOLD

Over 70% of tickets have already been sold for Saturday’s clash between Orlando Pirates and Mamelodi Sundowns at Orlando Stadium.

And a considerable number of tickets for Sunday’s semi-final between Kaizer Chiefs and AmaZulu FC at FNB Stadium have also been sold.

Tickets are available at Ticketpro outlets countrywide including Spar, Choppies, BP, Caltex, Sasol, Shell, Total, and Global fuel stations for only R80 each.

The PSL also announced that spectators who have purchased tickets online will be required to display their tickets on their mobile devices.

The match between the Buccaneers and Masandawana will take place on Saturday at Orlando Stadium at 15:30.

And Amakhosi and Usuthu will lock horns on Sunday at FNB Stadium, also kicking off at 15:30.