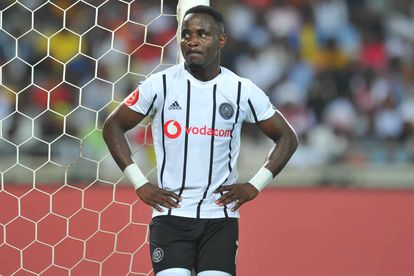 Saturday’s South African Premiership action was headlined by a 1-1 draw for leaders Kaizer Chiefs, who were held in Thohoyandou by a resilient Black Leopards, while Cape Town City finally broke their duck with a 2-0 win over Wits.

The afternoon game in the Limpopo province saw the Amakhosi take an away lead thanks to Samir Nurkovic’s tenth league goal, though Lidoda Duvha struck back through a superb strike direct from a free kick by Mogakolidi Ngele to earn a share of the spoils and move out of the relegation zone to 14th on goal difference.

Chiefs remain well in charge at the top of the log, but Mamelodi Sundowns’ win on Sunday reduced the deficit to seven points.

Orlando Pirates continued their good run of form, beating Highlands Park 3-1 with goals from Thembinkosi Lorch, Frank Mhango and Paseka Mako. Bucs are on a run of seven games unbeaten and taken 17 points from the last 21 available.

Cape Town City managed to break their duck with a 2-0 win over Wits with goals from Kermit Erasmus and Craig Martin.

You can catch up with all the latest results, fixtures and PSL log standings here.

Additional reporting by AFP and PSL.