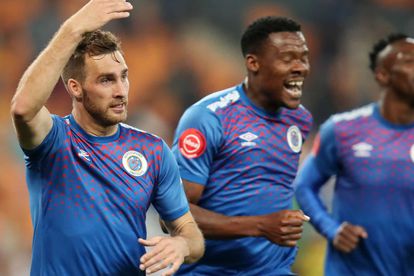 The 2019-20 Premier Soccer League (PSL) season is in full swing. If you missed any of the action this weekend, you can catch up with the latest PSL results, standings and highlights here.

Bloemfontein Celtic remain the league’s top scorers with six goals despite failing to find the back of the net against Baroka. Stellenbosch and AmaZulu are the only teams left who have yet to get off the mark after Black Leopards drew 1-1 to Highlands Park.

Bradley Grobler became the first player to hit three goals when he scored against Kaizer Chiefs on Saturday. He would have added to that had Daniel Akpeyi not saved his penalty late on.

The table below shows the leading scorers, the contribution column refers to the number of goals the listed players has scored as a proportion of the club’s total tally for the season.

Chief director suspended for failing to care for students in Russia