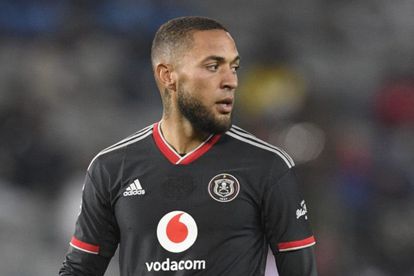 Orlando Pirates’ new midfielder Miguel Timm has explained how his move from Marumo Gallants to the Soweto giants took place.

The 30-year-old box-to-box midfielder was one of the top performers at his previous club Bahlabane Ba Ntwa last season and helped the side to reach the Nedbank Cup final where they lost to Mamelodi Sundowns.

Timm has made eight appearances in all competitions to date this season and seems to be cementing his place in the Sea Robbers’ middle of the park.

TIMM ON HIS PIRATES’ MOVE

“The way this move came about, from the football side of it, it’s up to yourself to put the performances in every opportunity that you get,” Timm told PiratesTV.

“I wasn’t thinking too much of the future last season and the seasons I was contracted to my previous teams, my goal was to do as well as possible and let my character shine and be part of a good team.

“Through all the hard work, I managed to play three cup finals in three seasons which gave me the confidence to push on.

“I think all that hard work and the sacrifices I’ve put in, and the persistence when things haven’t gone my way led me to this opportunity to join this big club.”

“I understand that this is one of the bigger clubs I’ve played for in my career, but over the years I’ve gained experience and an understanding of what winning is.

“It obviously means more because there is a bigger following, a bigger history with this club, and instead of saying ibheji liyasinda [the badge is heavy] we can use that as a positive motivation to give us the extra push to compete on all fronts.”

ALSO READ: MANQOBA MNGQITHI ON WHEN TO EXPECT BONGANI ZUNGU ON ACTION

Ezimnyama Ngenkani will also have to continue without suspended midfielder Goodman Mosele whose two yellow cards in their MTN8 win over Royal AM earned him a two-match ban.

The Buccaneers will also be hoping to welcome back the likes of Kabelo Dlamini and Tapelo Xoki who are both back in training after a brief spell on the sidelines, while midfielder Vincent Pule emerged as a fresh injury worry after being stretchered off early during the game against Maritzburg United and is doubtful for Saturday’s clash.

For TS Galaxy, the trip to Orlando Stadium could be yet another outing without defender Ebrahim Seedat who missed his side’s last three matches after picking up a knock.