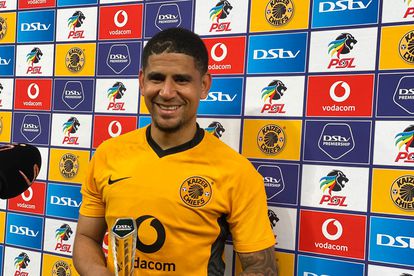 Kaizer Chiefs secured their first win of the DStv Premiership this season with a 2-1 win against Baroka FC at FNB Stadium on Wednesday evening.

Keagan Dolly made his debut in incredible fashion, earning the Man Of the Match award for Amakhosi.

Memories were made and moments were captured! Each image tells a story about Dolly’s memorable debut and Chiefs’ first triumph in this year’s PSL.

Chiefs will be looking to build on this win and to turn FNB Stadium into a fortress for the rest of the competition as they strife for DStv Premiership glory.

Congratulations to the highest-paid player in the PSL on a very successful debut.

Amakhosi fans are excited about what is to come from Dolly and the Soweto Giants this season.