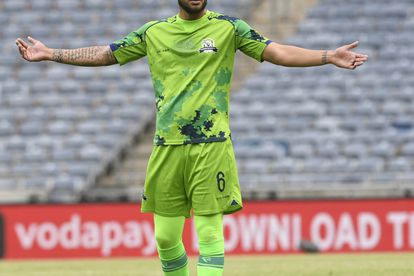 Marumo Gallants are through to the Nedbank Cup final following their 1-0 win over Tshakhuma FC in the semi-finals on Friday night.

Dan Malesela’s men needed a second half own goal from Luvo Mpeta to oust Tshakhuma who were eager to reach their first ever Cup final.

Marumo Gallants had to finish the game with 10 men after Katlego Otladisa was given his marching orders in the 81st minute.

MARUMO GALLANTS GET THE CHANCE TO DEFEND NEDBANK CUP TITLE

With Marumo Gallants reaching the final, they enter the history books as one of the very few teams to make it to the Nedbank Cup final for the second successive season.

Gallants lifted the trophy last season after beating Chippa United in the final, and this time around, they will get to play either Mamelodi Sundowns or Royal AM.

Sundowns visit Royal AM at Chartsworth Stadium on Saturday with kick-off scheduled for 19:00 SA time.

Chiefs: Where were Billiat and du Preez? Zwane explains

Newspaper front pages from around the world, 04 January 2023