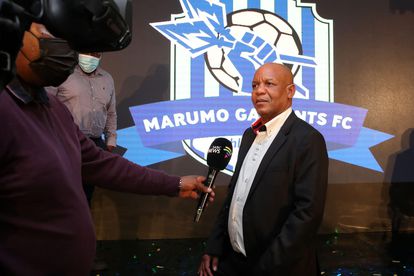 Marumo Gallants are breathing a sigh of relief after their three-year transfer ban was lifted by FIFA this week, the club announced.

Gallants were involved in a dispute with former Kaizer Chiefs striker Gustavo Paez after he prematurely terminated his contract in 2020.

At the time, Abram Sello had just purchased Tshakhuma Tsha Madzivandila, and he inherited the Paez debt.

Now, according to a statement released by Gallants, both the club and Paez reached a settlement in their private discussion, and the matter has now been put to bed.

For that reason, Gallants may look forward to bolstering their squad ahead of the next season which will also include playing in the CAF Confederation Cup.

Dan Malesela’s men will indeed play in the CAF Confederation Cup as they are in the final of the Nedbank Cup regardless of the result against Mamelodi Sundowns.

Sundowns confirmed their spot in next season’s CAF Champions League when they won the league, meaning Nedbank Cup finalists, Gallants in this instance, will take the spot in the CAF Confederation Cup.

“We are relieved that the matter has been amicably resolved and that we will be able to plan for the next season,” said Sello in the statement.