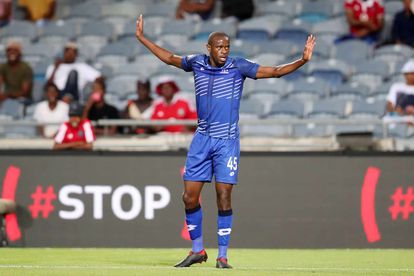 Maritzburg United seek to continue their incredible run of form as they host Polokwane City at the Harry Gwala Stadium on Friday night.

The Team of Choice stretched their winning league run to three games in a row with a 3-0 victory over Stellenbosch on Friday.

Bongokuhle Hlongwane scored a brace with Tebogo Tlolane’s goal sandwiched in between his. Eric Tinkler’s charges are very much in the hunt for CAF Confederation Cup football.

Polokwane City’s form cannot quite match up to Maritzburg’s, but Rise and Shine have won two league games in a row against Cape Town City and Black Leopards.

“This game is a fickle game you know,” Tinkler was quoted as saying by KickOff. “There’s this saying that you are only good as your last game,” he added, seemingly taking nothing for granted..

“It’s just a harsh reality of professional sport, you are going to win some and lose some, that’s a fact. But hey, you’ve got to live with it and move on, that is the most important thing.”

Prediction: Maritzburg United have not lost at home on a Friday night since 2017 and are showing no signs of being on the verge of losing that streak. They are likely to claim all three points against a relegation-threatened side.

Maritzburg have a 53% chance of winning, but usually win 77% of fixtures at these odds. Polokwane City have a 27% chance of success and usually fare slightly better than expected, winning 31% of such fixtures.