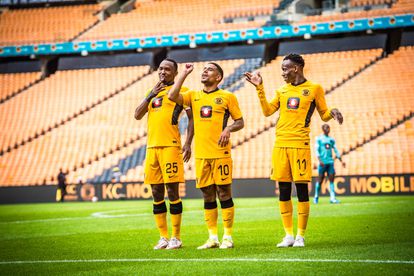 How much of a soccer fan are you? Answer these 5 simple soccer multiple-choice questions and stand a chance to win R1 000 in cellphone DATA! Photo: Twitter @KaizerChiefs

How much of a soccer fan are you? Answer these 5 simple soccer multiple-choice questions and stand a chance to win R1 000 in cellphone DATA! Photo: Twitter @KaizerChiefs

Kaizer Chiefs are away to Maritzburg United in their 11th league match of the season on Sunday, and The South African has your broadcast details.

The encounter at Harry Gwala Stadium is scheduled for 17:30.

According to the TV guide for this weekend, the encounter in the KwaZulu-Natal Midlands will be screened LIVE on SuperSport PSL channel 202.

Amakhosi also confirmed on their media platforms that the match will indeed be aired live on the DStv channel.

The match, however, will NOT be available on any of the SABC platforms, meaning their loyal audience will have find an alternative to follow their beloved teams.

The South African will also run a live blog for the encounter with the link set to be provided closer to kick-off.

Chiefs head into this encounter looking for maximum points in order to close the gap between them and the likes of Royal AM and SuperSport United.

However, they will need to win at least by four clear goals to leapfrog Royal AM who are on 18 points but have a +5 goal difference.

Maritzburg United, on the other hand, could move up to ninth on the DStv Premiership log with a win over Chiefs as they are currently placed 11th.