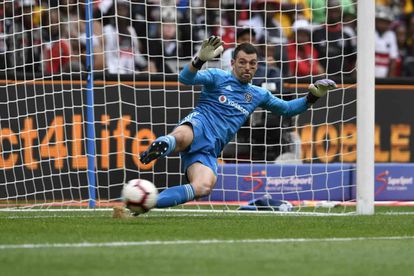 Wayne Sandilands had been tipped for the goalkeeper coaching role at Maritzburg United following the sacking of John Maduka and his entire technical team.

Reports of Sandilands leaving Pirates for Maritzburg United started doing the rounds some time last week but neither team was able to confirm until Monday.

Well, Maritzburg United didn’t officially announce Sandilands on the day instead, they posted a picture of him hard at work with their goalkeepers.

Sandilands spent five seasons at Pirates between 2017 and 2022, and when the club decided against renewing his contract, they offered him a non-playing role.

He soon became the club’s goalkeeper coach in the DStv Diski Challenge (DDC), and he was expected to work his way up the ranks.