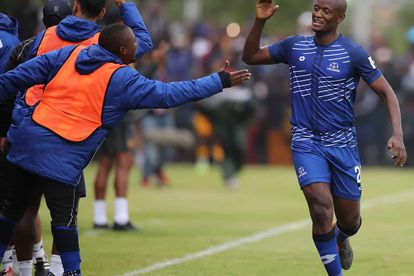 Maritzburg United are unbeaten in 19 Friday night Harry Gwala Stadium clashes, but that record will face a stern test as they host in-form Cape Town City.

Jan Olde Riekerink’s men picked up their second win in a row with Kermit Erasmus scoring the only goal as they sent Black Leopards back home from the Mother City empty-handed.

A top eight finish looks very much within reach for City, but this puts them in direct competition with Eric Tinkler’s Team of Choice.

Maritzburg’s 1-0 win over City in October was followed by the sacking of Benni McCarthy, but it appears this Friday’s visitors are finally leaving that behind them.

The Team of Choice will be eager to return to winning ways themselves having lost 2-1 to Baroka away from home.

“When you play average, you’re going to get punished,” an unhappy Eric Tinkler told SuperSport TV after the game.

“Truth be told, today we were average. If you want to achieve things in this game, you can’t be average.”

Overall, Martizburg have been above average this season with 26 points from 19 games putting them sixth in the league. City with 23 from 20 in 10th will feel that Tinkler’s charges are still within reach.

Prediction: Maritzburg have home advantage and Cape Town City have a good run of form behind them, so a draw is a likely result for this fixture.