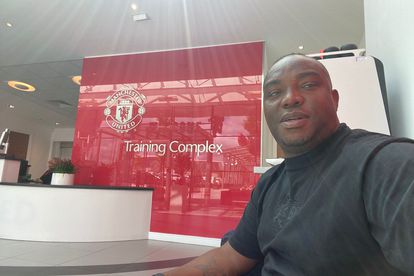 How much of a soccer fanatic are you? Answer these 5 simple soccer multiple choice questions and stand the chance of winning R1 000 in cash! Image: @Umplayable / Twitter

How much of a soccer fanatic are you? Answer these 5 simple soccer multiple choice questions and stand the chance of winning R1 000 in cash! Image: @Umplayable / Twitter

The UEFA Champions League winning striker was last coaching in the PSL at AmaZulu FC.

Benni McCarthy led the KwaZulu-Natal club to their highest-ever finish in the Premier Soccer League era in the 2020/2021 season (second spot).

In the process, Usuthu qualified for the CAF Champions League for the first time in their history.

Prior to that, McCarthy spent time at Cape Town City, where he won the MTN8. He bagn his coaching journey as an assistant coach for Belgian side Sint-Truidense in 2017.

“Manchester United boss Erik ten Hag has added to his backroom team with the appointment of Benni McCarthy as a first-team coach.” a club statement read.

“The former South Africa striker was a boyhood Reds fan and scored twice against us for Porto in the 2003/04 Champions League knockout stages.”

“The ex-forward will specialise in coaching attacking plays and positioning.” a Manchester United statement on Benni McCarthy read.

“The coaching team is now in place ahead of the start of the 2022/23 season, with Brighton & Hove Albion visiting Old Trafford on Sunday 7 August in our Premier League opener.

“Ten Hag will work closely with assistants Mitchell van der Gaag and Steve McClaren, with Benni slotting in alongside Eric Ramsay and Darren Fletcher as coaches.

“Former midfielder Fletcher also has a wider remit as technical director, overseeing the path from Academy to the first team, plus players out on loan.

“Richard Hartis and Craig Mawson are the goalkeeping coaches. Everybody would like to extend a warm welcome to Benni McCarthy, upon joining the club.”