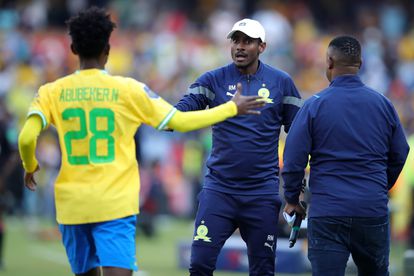 Mamelodi Sundowns have upped the ante in this transfer window although they cannot compare to their Soweto rivals but they still have enough time.

As things stand, the Brazilians have now made FIVE big signings – one was completed during the January transfer window.

Ethiopia sensation Ahmed Abubeker Nasir joined Sundowns from Ethiopian Coffee in January after undergoing a successful trial with them.

However, the 22-year-old was loaned back to his club immediately after putting pen to paper as Sundowns had already exhausted their foreign quota.

The second signing was that of Sipho Mbule whose future hogged the headlines since January as Kaizer Chiefs were also very interested in his services.

Just before the start of the season, Sundowns added goalkeeper Ronwen Williams to the roster on a five-year deal from SuperSport United.

READ | CHIEFS, PIRATES OR SUNDOWNS: WHAT’S NEXT FOR TAU AFTER AL AHLY?

Mahlambi, on the other hand, has permanently left Sundowns following the expiry of the four-year deal he signed in 2018.

And he is joined Maluleka and Vilakazi who were also not offered new deals following the expiry of their contracts.

As things stand, Sundowns are expected to part ways with striker Pavol Safranko while Moroccan defender Abdelmounaim Boutouil is on his way to Chloorkop.

WHO ARE THE ELEVEN PLAYERS THAT LEFT MAMELODI SUNDOWNS

WHO ARE THE FIVE PLAYERS THAT JOINED MAMELODI SUNDOWNS?