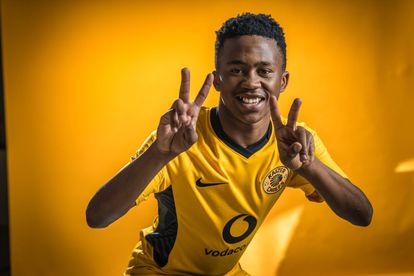 Mduduzi Shabalala is one of the finest prospects to come out of Naturena in some time. Image: @kaizerchiefs / Twitter.

Mduduzi Shabalala is one of the finest prospects to come out of Naturena in some time. Image: @kaizerchiefs / Twitter.

South African champions Mamelodi Sundowns aren’t content with dominating the league, they want to weaken rivals like Kaizer Chiefs too.

We all know by now that Njabulo Blom is in-demand, both locally and perhaps even in a few of Europe’s minor leagues, but he’s not the only one.

Amakhosi would probably prefer to sell Blom to a richer European club, if they have to sell at all, but Sundowns won’t go away. They’re circling like vultures while the 22-year-old stalls on a new deal. Watch this space in January, because the Brazilians want Blom badly.

This would be an audacious swoop, and it’s not beyond the realms of possibility. Mdu Shabalala, one of the brightest teenage prospects in South Africa, signed a new deal with Amakhosi in June. That shouldn’t deter Sundowns though. They have deep pockets. Nothing quite like pinching a top youth prospect to annoy your rivals.

PRODIGY: All you need to know about Kaizer Chiefs wonderkid Mdu Shabalala

Frosler’s age profile fits the bill for Rhulani and Sundowns. He’s been rotating with Dillan Solomons this season, and perhaps the prospect of better cash and a new challenge might be tempting for the 24-year-old.

As things stand, current first-choice right back Thapelo Morena is a top player, but he’s 29 and the Brazilians will be keen to bolster that position with a younger option. Frosler has also tasted DStv Premiership success before, with Bidvest Wits in 2017, and that will obviously be appealing to Rhulani too.

Who are Sundowns going to splash their considerable cash on this January?