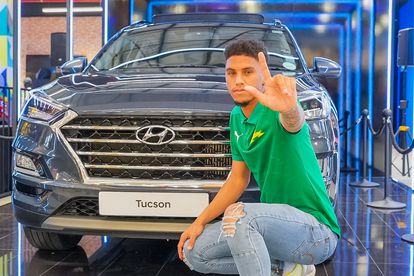 Top flight teams in both Sweden and Belgium are interested in the 25-year-old’s signature however his contract at the Brazilians only comes to a close in 2025 meaning the defending league champions hold the final say on their prize possession.

The former Maritzburg United central defender has produced a number of stellar performances for Mamelodi Sundowns and Bafana Bafana during the past 12 months.

De Reuck has been consistently solid at the back for the Brazilians and was also a key part of Hugo Broos’ Bafana Bafana during their dramatic Fifa 2022 World Cup Qualification campaign.

“He has been one of the best players in the league in the last year, very consistent and he has also been doing well for Bafana Bafana.” a source told Phakaaathi regarding the Mamelodi Sundowns star.

“I am not really surprised by the interest from overseas teams, it was expected. But, I don’t think Sundowns would want to lose such a quality player. He is one of the best players in the country and you know that Sundowns love quality and they are an ambitious team.

“So, losing De Reuck would leave a big gap in their squad, plus the club has a long season with the Caf group stages coming up. But, we will see what happens, maybe Mamelodi Sundowns might think otherwise and not stand in the way of a player’s growth by letting him go to Europe,”

It won’t be De Reuck’s first move to Europe…

Mamelodi Sundowns star Rushine De Reuck already secured a move to Europe in the past, albeit to Portuguese side Pacos de Ferreira’s reserve team back in 2014.

“I learnt a lot of things in Portugal, especially the importance of tactical awareness.” the Mamelodi Sundowns star told Sowetan in 2020.

“I was coached by Paulo Fonseca, a top coach with a good heart. He always pushed me. I am happy to see him coaching Roma now.”