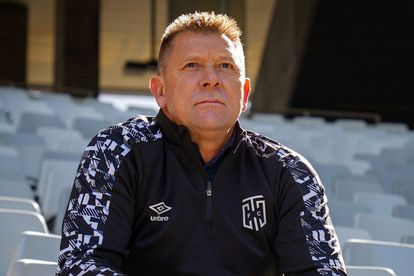 Mamelodi Sundowns are believed to be set their sights on yet another Cape Town City player, this time in the form of Khanyisa Mayo.

Mayo has been in form for Cape Town City since joining the club and now Sundowns seem to be ready to prize him away from the Citizens.

Son of a former player

The Gqeberha native is the son of former Kaizer Chiefs, SuperSport United and Bafana Bafana international Patrick Mayo. The player then started off in the academy ranks of one of his father’s former clubs in in SuperSport. He played all the way up to their DStv Diski Challenge side before, seeing that it was necessary to pursuit first ream football.

Mayo then decided to take the long way around in an effort to realising his dream of becoming a professional footballer, as he went down to the second tier of South African football. This after he was given a loan contract that eventually turned permanent by now DStv Premiership side Richards Bay FC. After some solid performances for the club, strong links began to emerge that the player was on the radar of another one of his father’s former sides, Chiefs.

Found a home at City

However, it would prove to be Cape Town City who would sign Mayo and he has rewarded them with some terrific performances as well as goals and assists since. Those have also caught the eye of Sundowns, however, a club who are not strangers to doing business with Western Cape-based outfit. Of late, the Pretoria side has signed Kermit Erasmus, Surprise Ralani as well Terrence Mashego from Erik Tinkler’s men.

Now according to Soccer-Laduma, they City maybe be braced to lose yet another star player to Sundowns.

“The Siya Crew has been led to believe that Mamelodi Sundowns will make their interest known in a Cape Town City striker they have been monitoring. It’s understood that Sundowns identified Mayo as a target, as they look to bolster their squad ahead of the CAF Champions League group stages and the second half of the DStv Premiership season. The Premiership champions are looking at possibly engaging with the Citizen ahead off the January transfer window to open official talks” wrote the publication.

It is believed that Mayo is seen as replacement for the long-term injury doubt and star striker Peter Shalulile.Will City agree to allow yet another key player to join Sundowns? That remains to be seen.