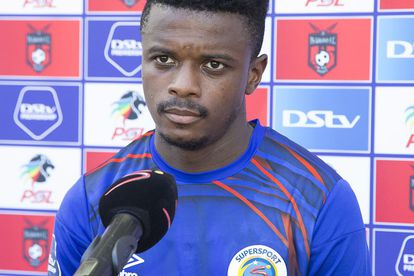 According to Kickoff, Mokoena appears to be on the verge of joining Masandawana in what will in all likelihood be the biggest transfer of the ongoing January transfer window.

The Bafana Bafana midfielder is reportedly also on the radar of Vincent Kompany’s Belgium side Anderlecht.

However, the Brazilians are believed to be leading the race for Mokoena’s prized signature.

Anderlecht are reported to have offered SuperSport United R20 million for Mokoena who celebrates his 25th birthday TODAY – Monday, 24 January.

However, that offer has been bettered by Mamelodi Sundowns who have tabled a R25 million counter offer.

Teboho Mokoena’s manager Glyn Birkin has confirmed the negotiations between the two Mzansi clubs are ongoing with a deal likely to be reached in the next few weeks.

“Negotiations are ongoing between both the clubs as well as the player and the club,” Binkin told Kickoff.

As reported by The South African website, Mokoena is rated as the joint fourth-highest valued player in the PSL at a cool €1.3 million (R22.6 million).

Therefore, the Mamelodi Sundowns offer is in the ball-park of what Mokoena is reportedly worth.