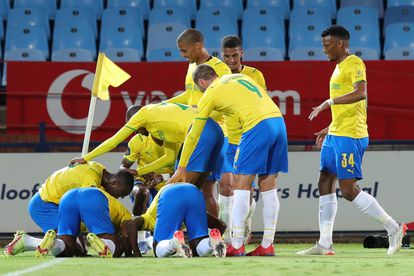 Mamelodi Sundowns got the better of Orlando Pirates on Friday, hammering them 4-1 to extend their lead at the top of the PSL log.

This, to some extent, was expected as the Brazilians have been unstopple in the league this season.

The Tshwane giants are yet to lose a league match so far this season, and Pirates were always going to have their work cut out.

This wasn’t the first defeat that Pirates suffered at the hands of Sundowns in 2021 – in fact, it was the fifth defeat since the start of the year.

HOW DID THE TWO TEAMS FARE IN THE PREVIOUS FOUR MATCHES?

The first time Sundowns and Pirates met in 2021 was on 2 January in Tshwane, and the Brazilians recorded a 1-0 win over their Orlando rivals.

Brian Onyango scored the only goal of the game on the day as Sundowns walked away with maximum points.

The Brazilians would then record a comfortable 4-1 win over the Buccaneers on 15 April, and this was Pirates’ heaviest defeat of the year.

On 2 May 2021, Sundowns visited Pirates at Orlando Stadium, and this was another routine win for the Brazilians.

Ricardo Nascimento, Shalulile and Lyle Lakay all scored as Sundowns made lightwork of the Sea Robbers on the day.

The day was 25 September when Sundowns again visited Pirates at Orlando Stadium, and this was another tough day for the home side.

READ | ONE OF THE PSL’S TOP PLAYERS SET FOR MOVE TO EUROPE – AND EVEN THE ENGLISH PREMIER LEAGUE!

Shalulile scored a brace as Sundowns claimed all the maximum points with a 2-0 win over their Soweto opponents.

HOW MANY GOALS WERE SCORED?

Sundowns have managed to score a whopping 14 goals in those five matches that they played against Pirates in 2021.

Contrastingly, Pirates only found the back of the net just twice – and this isn’t a good reflection of a team challenging for the league title.