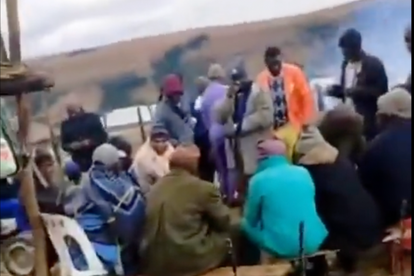 The 32-year-old has revealed he is going to enjoy large portions of meat and traditional beer too.

In preparation for the weekend, Jali took to social media to share a video where his village men are seen at a traditional ceremony. With cooking fire smoke in the background, two younger men are seen with a raw fresh cow leg presumably heading for the pot.

Another post from the Kabo Yellow star and 2022 PSL three-awards winner included two barrels of Xhosa traditional beer, umqombothi, brewing inside a room.

Jali is clearly going to have a tasteful weekend.

Check out the content below as shared by the player on social media.

Meanwhile, Jali and his Sundowns teammates are mostly likely to return for pre-season next week, with Kaizer Chiefs and Cape Town City having begun training this past week.

Staying with Sundowns, new reports have suggested that the club might be saying a Moroccan defender in the coming weeks.

So what are the facts? The player is Abdelmounaim Boutouil, is aged 24, and plays as a central defender. You don’t get the finest attacking talent in North Africa, but a fine central defender is what you’ll get. Read the full story here.