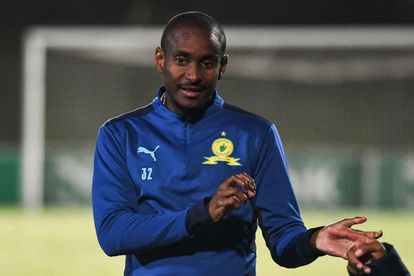 Mamelodi Sundowns reclaimed top spot in the DStv Premiership last night and their manager Rulani Mokwena had something to say about it.

READ | New Chiefs striker Bimenyimana – This was my dream

The Brazilians claimed a slender win away to Golden Arrows which made it back-to-back successes for the first time this campaign.

Namibian goal-machine Peter Shalulile was at it again for the South African champions, this time scoring from the penalty spot in the first half after his injury-time heroics against Chippa last time out. Shalulile now has six top-flight strikes this season and already holds a commanding lead in the race for the top scorer award.

“Firstly compliments to both teams I think they gave it a very good go, compliment to our players because they dug deep and gave a lot of effort and a lot of commitment,” Mokwena told SuperSport after the match.

“We want to be a very difficult team to play against and the harder it is the better for us.”

READ | Kaizer Chiefs news: Billiat and Dolly must improve on these underwhelming stats

“We trust them and they know that, they trust themselves and we know that and this is the same team that has only lost, how many games is it now, six games in the last two years, so I don’t know where the doubt comes from, we keep going.”

ALSO READ | More from the author

Sundowns are now unbeaten in 13 home matches against Golden Arrows. Where are the doubters now?

Next up for Mokwena and his side is the visit of AmaZulu next Sunday.