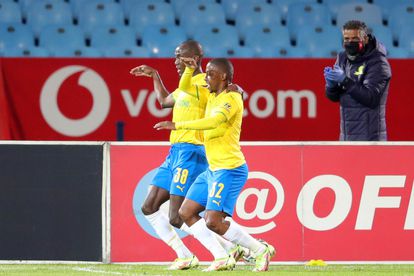 Royal AM welcome champions Mamelodi Sundowns to the Chatsworth Stadium for their penultimate DStv Premiership match of the season.

While the Brazilians have already secured the title, there’s still much to play for Royal AM who are chasing the prized CAF Champions League second spot.

Mamelodi Sundowns will be looking to hit the 65 point mark for the season while Royal AM need nothing less than a victory to stand a chance to finish in second place in the league.

“The game against Royal AM is definitely going to be very tough.” – Mamelodi Sundowns coach Manqoba Mngqithi told the club’s media department.

“They’ve got a lot of very exciting players, and the fact that we beat them in the Nedbank Cup makes them even more motivated for this match.

“Besides that they’ve changed the squad a lot from the team that they were using before. They even changed the approach to a certain extent.

“They are no longer building from the back a lot ever since they played that match against us.

“They’ve conceded a goal from a high press, so now they’ve been playing a lot of long balls. They’ve been very direct in their play with two strikers and one 10 which is Mabena.”