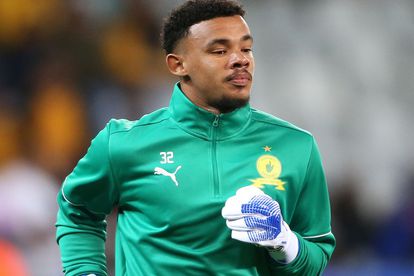 Mngqithi on why they played Williams and Mbule – Photo: Twitter @Masandawana

Mngqithi on why they played Williams and Mbule – Photo: Twitter @Masandawana

Williams and Mbule were signed from SuperSport United in the current transfer window.

In his first match, the Bafana Bafana captain managed to keep a clean sheet despite massive pressure on his shoulders.

According to Mngqithi, the Port Elizabeth-born short-stopper will be crucial for the club.

He added that’s the reason they decided to introduce him in the season opener.

READ ALSO: EX-ORLANDO PIRATES CAPTAIN TO CALL IT A DAY IN FOOTBALL – REPORT

RONWEN IS GOING TO BE ‘VERY IMPORTANT’ – MNGQITHI

“To be honest it’s a decision that we did as coaches, to be honest Denis has also been very good in training,” he told the media.

“Ronwen also has been very good but it’s also very important to induct a player that we think is going to be very important going forward to us in future. If you play him against a so-called smaller team and he does not perform then everybody is on top of him.

“In Ronwen we made the decision to try and induct him as quick as possible because the road ahead is a little bit rough and the competition in that space is equally rough but it’s always better to induct against a team like Cape Town City, because then already he’s played a very intense game.

“The save that he pulled maybe will also make things easier for him. But that doesn’t suggest he is the Nr.1 in the goalkeeping position. The competition wide open and in all of them we trust.”

Meanwhile, Masandawana introduced Mbule in the latter stages of the game.

Mngqithi said they wanted to build some confidence in him before he was thrust into action.

“He was improved a lot physically, he’s lost a lot of weight. He’s still work in progress,” he said.

“But giving him an opportunity today was also to shake off the anxiety and the feeling that ‘I wonder what will happen’. To play them early in their integration processes is early enough before pressure mounts.

“We think those few minutes might have helped us one way or the other. We could’ve easily played any other player but we believed in the last few minutes we should give it to him.

“That this is probably the same thing that we were thinking with Ronwen, that they must inducted and integrated in the team very quickly so that we can get the ball rolling with all of them.”

DSTV PREMIERSHIP RESULT: MAMELODI SUNDOWNS OFF TO PERFECT START IN THE CAPE