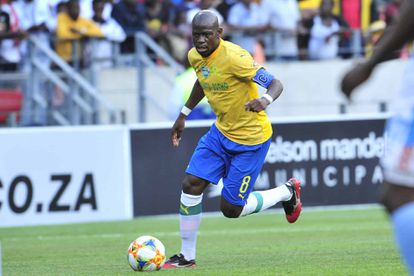 Kekana left Mamelodi Sundowns last year after a decade with the powerhouse club, and the 36-year-old midfielder is currently a free agent.

Despite having signed a four-year contract extension a year before his departure, Kekana ultimately left Chloorkop as the club’s most decorated captain, having made more than 350 appearances across all competitions for the Brazilians.

He has been linked with a host of different clubs since then, but a move to any new club has failed to materialise.

“If an opportunity comes, I would have to decide if it suits my drive. But if it does not come, I will close the chapter because I’ve played for the longest time and it is time to face reality and understand that my services are no longer needed,” said Kekana, as quoted by Phakaaathi.

“I have not decided on that part (retirement) but we know that I cannot play forever and there is going to come a time where I decide to make the call. At the present moment I am still training and it is something to just train not knowing what the future is holding,”

READ | PIRATES COACH: IT COULD HAVE BEEN WORSE FOR PASEKA MAKO!

Previously, Kekana has revealed why he opted against the possibility of joining Chiefs or Pirates during his career.

“At the time, I made the decision based on the age. I know everyone wanted to play for the two teams, but I was still not mature enough to deal with the pressure that comes with playing for these two teams,” Kekana told GOAL.

“When I wanted to leave SuperSport or when the situation was allowing me to do so and considering my form at that time everybody thought I’d join one of the Soweto giants and they were shocked to hear that I wanted to join Bloemfontein Celtic,” he continued.

“I just wanted to play football and I didn’t want to find myself competing with the best players in the league. I was 23 years old, and I still wanted to develop myself,” he added.

“I felt I can’t go to a bigger team and fight for game time. There’s little room for errors in big teams and I still wanted to learn more about the game.”

KEKANA PLAYED OVER 350 MATCHES FOR SUNDOWNS

Reigning DStv Premiership champions Mamelodi Sundowns announced in early November that they had come to an amicable agreement with Kekana.

‘Is she no longer a predator?’: Sithelo Shozi ‘uncancelled’ on Twitter

‘Why post it on social media?’ Bonang tells fans to ‘find’ driver after crash