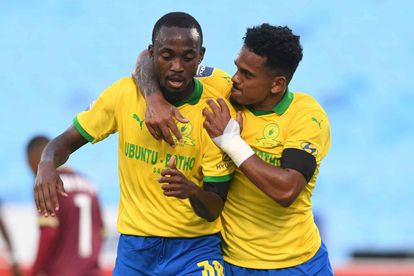 READ | GAVIN HUNT ‘WANTED’ BY PSL CLUB, BUT HE’D HAVE TO MOVE TO GQEBERHA …

“He is a great humble guy, great person, works very hard, selfless and he deserves everything that has achieved,” Kermit Erasmus told the media.

“You can see on the field, relentless when he is on the field ,the fighting spirit and he is always positive. He is a brother to me, we grew closer the past season as brothers.

“I help him where I can. He always wants to learn; he is always open for that and never criticise or say anything bad about other players. He is a good person.

“He deserves what has achieved this season. Congratulations to him. He worked hard and was close getting the top goal scorer award as well. If he scored in the first half, he could have challenged (Bradley) Grobler, unfortunately didn’t happen. He knows I am fond of him. I have huge admiration for him as a person before him as a player.”