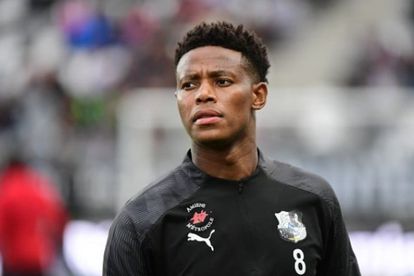 The 29-year-old midfielder played as a regular at Masandawana under Pitso Mosimane from 2013 to 2016 before he left for greener pastures.

Mamelodi Sundowns are understood to have made a lucrative offer for ‘Ben 10’ who’s also said to be keen on re-joining them.

According to Phakaaathi, the move is not far off from happening.

“Mamelodi Sundowns are edging closer to securing the services of Bongani Zungu, who has been their prime target in this transfer window,” Phakaaathi reported.

According to the source, Zungu and Mamelodi Sundowns co-coach Rhulani Mokwena’s “good relationship” could be another factor in luring Zungu back to Chloorkop.

“Zungu has always made it clear that he wants to play for Sundowns again, and the club are working around the clock to bring him back to Chloorkop..

“He has a good relationship with coach Rulani Mokwena and everyone is hoping that Mokwena can broker the deal for the club,” the source added.